Meet a living enigma. Max Maven is a man who seems to know what you are thinking, he is known for performing what seem to be miracles with no possible explanation. He’s famous among magicians — he’s probably invented more magic tricks than anyone in the history of a field filled with eccentric genius. Can Max actually read minds or is he creating illusions based on his mastery of certain psychological insights? This profile of Max Maven is built around his lifelong exploration of the twilight regions of human psychology and some of the lesser known regions of show business. We join Max in a performance that is clever, intriguing and very mysterious.

Watch in USA with A GaiamTV Subscritption 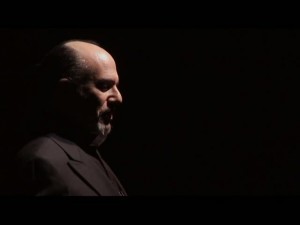 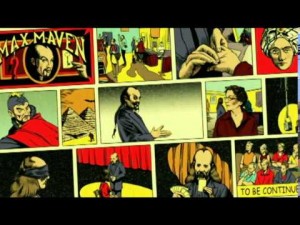 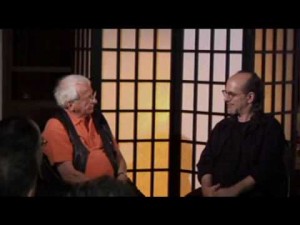 On March 14, 2007 an episode of the Enigma (VisionTV Network, Canada) featured this documentary on Max Maven which was produced, written, directed and narrated by Donna Zuckerbrot. If that last name sounds familiar, it’s because her husband-and co-executive producer on this project-Daniel Zuckerbrot produced the documentary film, Dai Vernon: The Spirit of Magic.

This fine example of documentary filmmaking was shot during the 31 Faces North Conference in August of 2006 at which max Maven was a guest of honor. While in Toronto for the conference, he also had an engagement of his current show. Max Maven Thinking in Person: An Evening of Knowing and Not Knowing. Several clips taken directly from these shows are featured in the film and give the viewer quite a preview – perhaps more than it should – of what’s in store for them if given the opportunity to see the show in person.

Another element of the film centers on an interview of Mr. Maven conducted by famed Canadian journalist Patrick Watson during 31 Faces North. His questions, asked in front of an audience of well-regarded magicians, often let to compelling-and even surprising-answers.

Of course Mrs. Zuckerbrot also interviews Mr. Maven throughout the film and, when getting to his apparent abilities, she does so as any layperson would. She is, after all, exploring the “long tradition” of “those who apparently exhibit extraordinary powers.” And Mr. Maven, who obviously knew that he was being filmed for a project meant for a lay audience, is remarkably frank in his answers. The astute would-be performer of mysteries would do well to pay close attention to them.

Throughout the film are comments from friends and colleagues of Mr. Maven, including Eugene Burger, Stephen Minch, and Michael Weber. At one point, Mr. Weber does a fabulous job of selling the effect of a piece performed by Maven during his show. I say this because, as someone who has done this “standard trick” in the past-and has seen many others do it in a similar or even worse manner-it wasn’t until seeing Mr. Maven perform it and Mr. Weber sell it to the lay audience that I got it.

Besides the performance aspects of the film, there is also a very good look into Max Maven the person. In fact, I believe that this film is a fantastic companion piece to the feature article of Mr. Maven by Jim Steinmeyer that appeared here in November, 2007. Again, Mr. Maven is remarkably frank when talking about his youth and the life-journey that he has been on – so far.

This is a fantastic film that I cannot recommend highly enough. It’s not often that I pay for DVDs, but I paid for this one and I’m very glad that I did. You will be too.

I guess I’m the only one of our official reviewers that can give this a fair review. Jeff and Eugene are too close to Max. I don’t think the others really know him. Me? I’ve had several lovely dinners with Max and he stayed with us on his last visit to Phoenix. So I feel I have some insight into Max and his life, but am not close enough for this review to feel biased.

I’m going to use a modified version Max’s own criteria for my review. Three questions need to be answered: Who is this person? What are they doing? Why should I care?

Who is Max Maven?
Max isn’t easy to nail down. Anyone as intelligent and eclectic as Max is bound to have a complex personality. Regardless, the film does a really good job in this area. Not only do we get a lot of Max’s history, we get to see how the events of his life have made him who he is. There’s only so much that can be covered 48 minutes, but I feel they did a good job of pinpointing some of the most important moments that created this Fabulous Monster (taken from the subtitle of the film).

What story is Max trying to tell?
To help explain Max’s story we’re presented with a glimpse into his recent theatrical production: “Max Maven: Thinking in Person — An Evening of Knowing and Not Knowing.” This is where the 48-minute timeframe limits our understanding of his work. The show is meant to be a complete theatrical experience. But because of the biographical nature of the film, we are only presented with clips. I’m not sure that the disjointed nature of these clips really provides a true sense of the “Max Maven experience.” For that, you need to see him work live.

Why is Max’s work worthy of our time and attention?
I think we should care because Max cares — deeply. Max is absolutely committed to his art. He lives it every moment of his life. He has probably contributed more to our art than anyone in history. As best I can tell, he does this selflessly. Much of his writing can be found in magazine articles for which I doubt he gets paid.

In watching this film, I was constantly reminded of the commitment Max has made to his art. It’s apparent in all of his work, on stage and off. Not only does he love the art of magic, he wants to leave the art of magic better and stronger than he found it. This, I think, is why Max Maven’s life and work are worthy of our time and attention.